10237
HeroesThe most powerful women in UAE

The most powerful women in UAE

Who are they? How do they live?

Princess Haya was born in the family of King Hussein 1 of Jordan. She received European education: studied in the United Kingdom, where she attended Badminton School for Girls in Bristol, Bryanston School in Dorsetand, and later St. Hilda's College, Oxford University, from which she graduated with a BA honours degree in philosophy, politics, and economics.

Before the wedding with Haya, Sheikh Mohammed had already four wives whose children are recognized but without official titles (as of now there is no official information on total number of Sheikh’s wives, but it is known that he has childless wives). Presently the couple has two children – son and daughter.

If the first wife of the Dubai ruler is not a public person at all, Sheikha Haya is completely opposite. Haya is one the founders of the Global Humanitarian Forum based in Geneva, and also the member of boards of many other non-commercial public associations. And she is also the course of continuous scandals.

The Princess participated in the 2000 Olympic Games in Sydney and represented Jordan in a show-jumping (a type of the horseback riding). Her appointment to the Olympic team itself was questionable: completely different sportsman had passed the qualification and gained the right for Jordan to participate in the Olympic Games. He was deprived the right for the Haya’s benefit, and Haya was on 70th position only.

There are also many questions to Sheikha about personal life. There is hardly anybody who believes that the Princess married for love, she is even called a gold digger, and people say that before marriage the Princess was quite well receiving attention of European admirers, which is impermissible for the Arabian princess.

Lubna Al Qasimi is the member of Sharjah ruling family, and she is also the Minister of Economics of UAE. Among Lubna’s merits are the international observers and analysts note provision for transparency of national economy management, proficient skills of negotiating, clear planning of trade relations, promotion of influence of the country.

Sheikha Lubna studied in USA and became the first woman from her country who went abroad to get education. In States she learned computer technologies and got the profession of a software engineer. After coming back home on 1981 she worked on her profession in Dubai Marine Port and made a lot to convert it into an international port. By the moment of wide spread of information technologies Lubna has been already a very famous specialist, had her own company and a commercial site, and was getting prepared for scientific work. But she had to correct her plans...

Being 40 years old Lubna Al Qasimi became the first woman – member of the Emirati government. Under her management (and in favorable world market conditions) the annual income per capita in UAE went up by over 15%, exceeding 28 thousand US dollars in 2005. However Sheikha Lubna did not give up her private business. Her company deals with lady perfume production. Lubna transfers the part of earnings from perfume sales to the cancer cure fund in her native Emirate.

Another strong and powerful woman of UAE – Muna Easa Al Gur – is one of Directors of Easa Saleh Al Gurg Group. She is in charge for promotion and international development of brands which are the part of the Company, including: United Colors Benetton, Siemens, Unilever, IDdesign. Young, beautiful, smart and advanced eastern woman.

Muna was appointed as a member of Board of Emirates Fund, an independent charitable organization established by the government of Abu Dhabi to help small and medium enterprises in UAE, and also to facilitate development of youth initiatives and to support women’s rights.

Amal Al-Qubaisi – Emirati architect and a member of Federal National Board – is the first woman in UAE and in Arabian society elected to a position of President of the Federal National Board (advisory body for the government). Also Amal had been a Deputy Chairman of Emirates FHD since 2011 representing Abu Dhabi. Amal Al-Qubaisi devoted her election to a position of Parliament Chairman to “all great Emirati woman" and “mother of all Emirati people” – Sheikha Phatima bint Mubarak (Chairman of the Emirati Woman Union, Chairman of Family Development Fund, and Chairman of the Supreme Board of Maternity and Childhood and Woman in UAE).

Also Amal Al-Qubaisi is famous professor of architecture, PhD in the area of architectural heritage preservation in UAE. Owing to her efforts over 350 historic sites were saved in Arabian Emirates, including the famous forts “Al Jahili” in Al Ain Emirate and “Al Hosn” in Abu Dhabi. Achievements of Al-Qubaisi are noted by UNESCO. 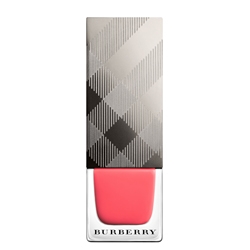